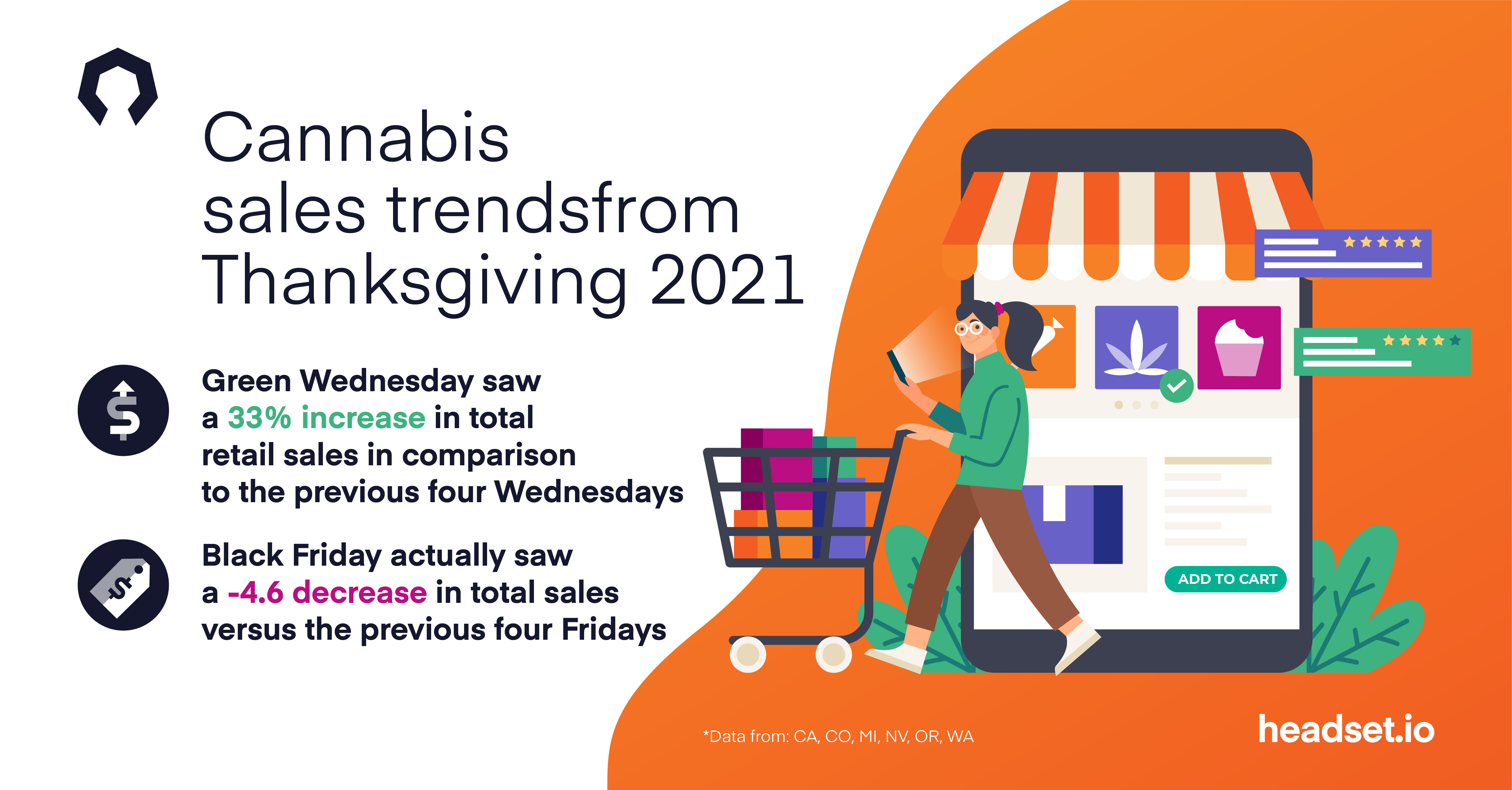 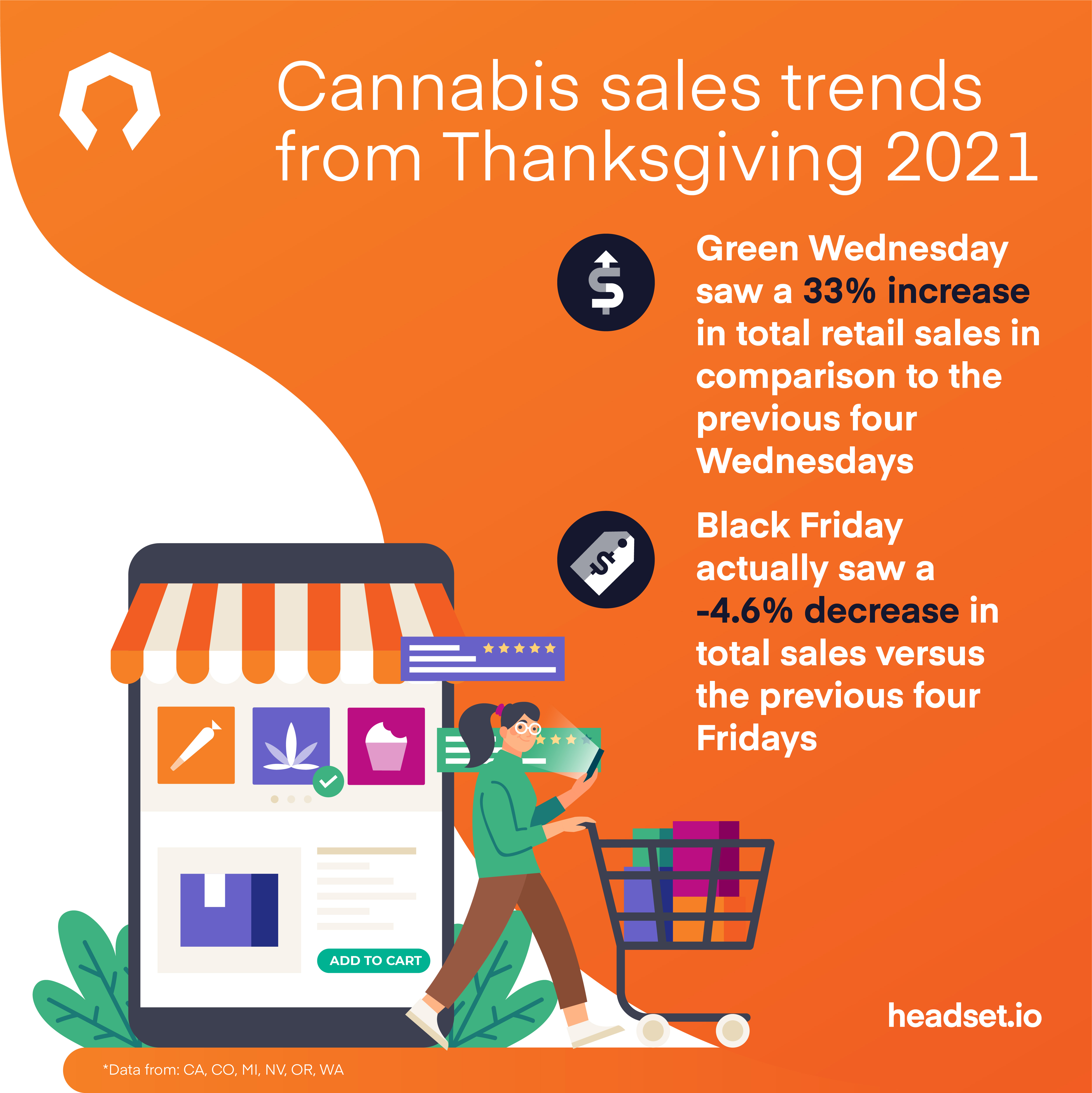 When we look at cannabis categories over the holiday, Edibles were the winners of the weekend with 67% growth on Green Wednesday and 11% growth on Black Friday. Topicals and Tinctures rounded out the top three performing categories on Black Friday with 39% and 10% growth respectively. On Green Wednesday, Beverages performed best with 86% growth (perhaps customers were opting for canna-beverages rather than wine during the Thanksgiving meal). Capsules also had a strong sales response with 52% growth over the previous four Wednesdays.