A Commercial History of 4/20: Who’s Buying What on Cannabis’ Biggest Day

This report examines the commercial side of every cannabis-lover’s favorite holiday: 4/20. Use it to craft your 4/20 specials, or merely to satisfy your curiosity about how the holiday plays out on paper. If you’ve ever wanted to know what the number one holiday hot seller is or what the day’s peak sales hours are, this is the report for you.

4/20 Lights Up the Industry

A sales bump on 4/20 is an incontrovertible fact. The day has become the world’s unofficial celebration of cannabis, and data shows that consumers are buying plenty of cannabis with which to celebrate.

Interestingly enough, the selection of 4/20 as cannabis’ day is pretty arbitrary. It’s not, as some have theorized, the California penal code section for the plant or the day it was legalized in Amsterdam. Rather, it began as a secret code word used to coordinate smoke sessions for a group of San Rafael high schoolers in the 1970s. Somehow it caught on and never stopped catching, and is now the most anticipated day in the cannabis industry.

Before there was a cannabis industry, however, all we knew about 4/20’s effect on sales was that the previous week was a busy one for dealers. Now, with the ability to track cannabis sales in real-time, we can get a pretty precise idea of what people are smoking on the big day. And not just what they’re smoking, but also who they are, when they’re buying it, and how much they’re paying.

As it turns out, the day does have a pretty significant effect on the popularity of certain products. Cannagars, unsurprisingly, see a big boost. More traditionally medicinal products don’t get as much of a bump, which is to be expected, given the day’s festive atmosphere.

Perhaps most intriguing is the fact that the average basket amount isn’t too significantly higher than on other days in the spring season. This suggests that the very real 4/20 sales bump is actually due to an influx of one-off or first-time buyers. The holiday might be arbitrary, but having it so well established seems to be opening the door to cannabis for a lot of new customers. If that isn’t cause for celebration, we don’t know what is. Happy 4/20 everyone!

Data for this report comes from real-time sales reporting by participating Washington state cannabis retailers via their point-of-sale systems, which are linked up with Headset’s business analytics software. This report is based on data collected from Washington state retailers on in 2015/2016. That data is cross-referenced with our catalog of over 100,000 products to provide detailed information on market trends. Demographic data for this report excludes customers that had more than 500 transactions in the last 2 years, as well as anyone that had a null for either age or gender depending on the analysis.

Flower and Pre-Roll dominated the top 10 list in 2015, which makes sense given the relative youth of the market at that point. In 2016, when consumers were beginning to be more comfortable with other methods of consumption, three cookies made the list.

Most of the products that were in the top 10 on 4/20 were not part of the top 10 products sold in the first 19 days of the month, which suggests that consumers are trying out specialty items and branching out from their usual purchases for the occasion. Indeed, in 2016 one of the top 10 products (Dirty Girl) doesn’t show any sales data in the beginning of the month, which might even mean it was a special product launch for 4/20.

The table below compares 4/20 sales for the top products to their sales data from 4/1 to 4/19 for the same year. This helps control for the typical fluctuations and trends of the market, which is still relatively new and tends to see products appear and disappear frequently. By focusing in on just the period leading up to 4/20, we’re better able to examine the 4/20 sales spike.

The sales are also presented in terms of total baskets containing a product, which gives a clearer picture of that product’s popularity. On 4/20,it’s safe to assume that one basket means one customer, so this method shows us the most common purchases while filtering out anomalies from high-priced specialty products or bulk purchases of 4/20 promotions.

2015 saw a larger overall 4/20 sales spike than 2016, likely due to the rapid growth of a relatively new cannabis market at the time. However, it’s interesting to note that Topicals and Tinctures/Sublingual's saw a slight decrease in 4/20 sales in 2015, which could be due to consumers ’relative unfamiliarity with those products at the time.

Delving further into categories, 2016 saw the largest increases in Pre-Rolls, Beverages, Concentrates, and Edibles, suggesting that consumers adapted rapidly to the industry’s new offerings. The information for the chart below is based on a comparison of March/April sales for similar days of the week to the 4/20 holiday (Monday in 2015 and Wednesday in 2016). Again, limiting it to just the months prior helps highlight the effects of the holiday and protects against the fluctuations present in the full year’s data.

These are the segments that saw the largest jump in 4/20 sales, based on the same calculation as above.

However, total baskets drastically increased each year—in 2016, stores had more than double the total number of basket transactions on 4/20than on the Wednesday preceding the holiday. Given that each basket likely represents a different customer, that means there were a lot more people shopping for cannabis on 4/20 than usual. Not exactly shocking, but it does suggest that the holiday has a broader appeal than just your die-hard cannabis consumer.

It’s also important to note that the average item price fell considerably both years, meaning that customers are preferring holiday bargains, which further suggests first-time or occasional buyers. The average items per basket increased from 1.7 each year to 2.6 on the holiday, which could also indicates less seasoned consumers, as they might be interested in sampling more different products to find out what they like. All told, almost twice as many people came in and they bought 50% more items than normal, though many of those items were at lower price points.

Do men or women shop more on 4/20? Who spends more and by how much?

Women are slightly freer with the funds than men on 4/20, but men tend to go for a bit more variety than they normally would. Baskets attributed to women are 87% larger than a typical weekday in the period, while those attributed to men are only 71% larger. However, men up their average items per basket from 1.8 to 2.4 (a 36% increase) compared to women, who already buy a wider variety of products than men but only increase from 2.0 to 2.5 (a 27% increase) on 4/20.

The 4/20 fever is not ageist: All ages see a spike in sales and trips on the 4/20 holiday. However, it affects some more than others. Customers between the ages of 30 and 34 and customers under 25 see about double the number of trips on 4/20 as a normal Wednesday. Customers over 50 and customers between 25 and 29 see the lowest bump in number of trips at 40% and 58%, respectively

What is the most popular age for 4/20 shopping?

Regarding what they’re buying when they go, it appears that customers aged 30-34 have the highest increase in their average items per basket and customers between 45 and 50 are the only ones whose average item price (AIP) goes up.

Customers aged 30-34, the most adventurous age group on 4/20, increased their shopping most in the Edible category, purchasing 6.5x as many edibles on 4/20 as they did the preceding Wednesday. This was closely followed by Pre-Rolls with a 5.8x increase in units purchased.

Are People Stocking in Advance up For 4/20?

Not really. There is a small pickup on 4/19 but the bulk of holiday-related sales are on the day itself. Even in 2015, when 4/20 fell on a Monday and might theoretically have been celebrated the weekend prior, there was no significant bump leading up to the holiday.

In 2016 the sales on 4/20 were over double the sales of the Wednesday before (4/13), while 4/19 saw only a slight 11% increase over Tuesday the 12th. To compare 4/20 to traditional retail holiday sales, it’s more like Mother’s Day, where procrastinating children flock to buy flowers the day of, than Christmas, which yields a steady increase in sales during the weeks leading up to it.

Obviously, given the slightly lower average item prices on 4/20 and relatively stable overall basket totals, consumers are keen to get more bang for their buck by buying discounted items. It is difficult to tell if something is on sale, but by focusing on item prices in the days immediately preceding 4/20, it’s easier to spot price drops.

The data here compares item prices from 4/1 through 4/19 to the price on 4/20. Curiously, about 10% of the unit sales occurred for products that were not sold at all in the days leading up to 4/20, like the aforementioned Dirty Girl. This definitely suggests that producers are timing their product launches to coincide with the holiday, which could be a smart marketing strategy.

As for other promotions, products that were on sale were purchased more often on 4/20, with over 20% of unit sales going to products that were discounted more than 25% from their previous prices. This statistic drops back to 10% on 4/21. This varied by segment. Beverages, for example, saw about 40% of unit sales going to products with a 25% or greater discount.

Money Does Matter on 4/20 Continued…

As would be expected, given the overall increase in items per basket, baskets on 4/20 are more diverse than on other days. On an average day in April over 50% of baskets contained only Flower, which dropped down to 40% on 4/20. More baskets contain multiple categories on 4/20than other days.

Clearly, the 4/20 sales boost isn’t going anywhere soon. While the market is seeing more new cannabis consumers, who are probably less familiar with the day’s connotations, it has already become well established as “the cannabis industry’s Black Friday.” Perhaps newer consumers will lack the same sense of secrecy, ritual, and belonging around the day that pre-legalization smokers had, but the data suggests that they’ll still show up for the discounts.

It’s also interesting to note that there hasn’t been a single 4/20 on a weekend since legalization. Thus, the popular times of day have been somewhat stuck around a 5pm peak. Next year, 4/20 is a Friday, which probably means more of the same. In 2019, however, it’s a Saturday, which is a long way off to think about, but could change the retail dynamic quite a bit. Instead of the typical after-work, pre-party bonanza, retailers could be flooded with a morning rush of cannabis consumers eager to get out for day hikes and other adventures.

As for the sales breakdown, it’s fairly safe to say that there will likely be a sales bump that spans all categories going forward, as all categories have had enough time on the market to have established a customer base. The top brands list gives some insight into the type of products that do well on 4/20, with the Leiria Cinnabar—already a special occasion purchase—topping the list. You also see a smattering of more once-in a while products like breath strips, as well as Bond infused sensual massage oil.

Savvy retailers can use 4/20 to capitalize on this adventurous and occasionally lavish spirit, tailoring their promotions to promote trying new products and splurging a little. Either way, the sales boost from 4/20 is significant across the board, giving everyone involved plenty to celebrate! 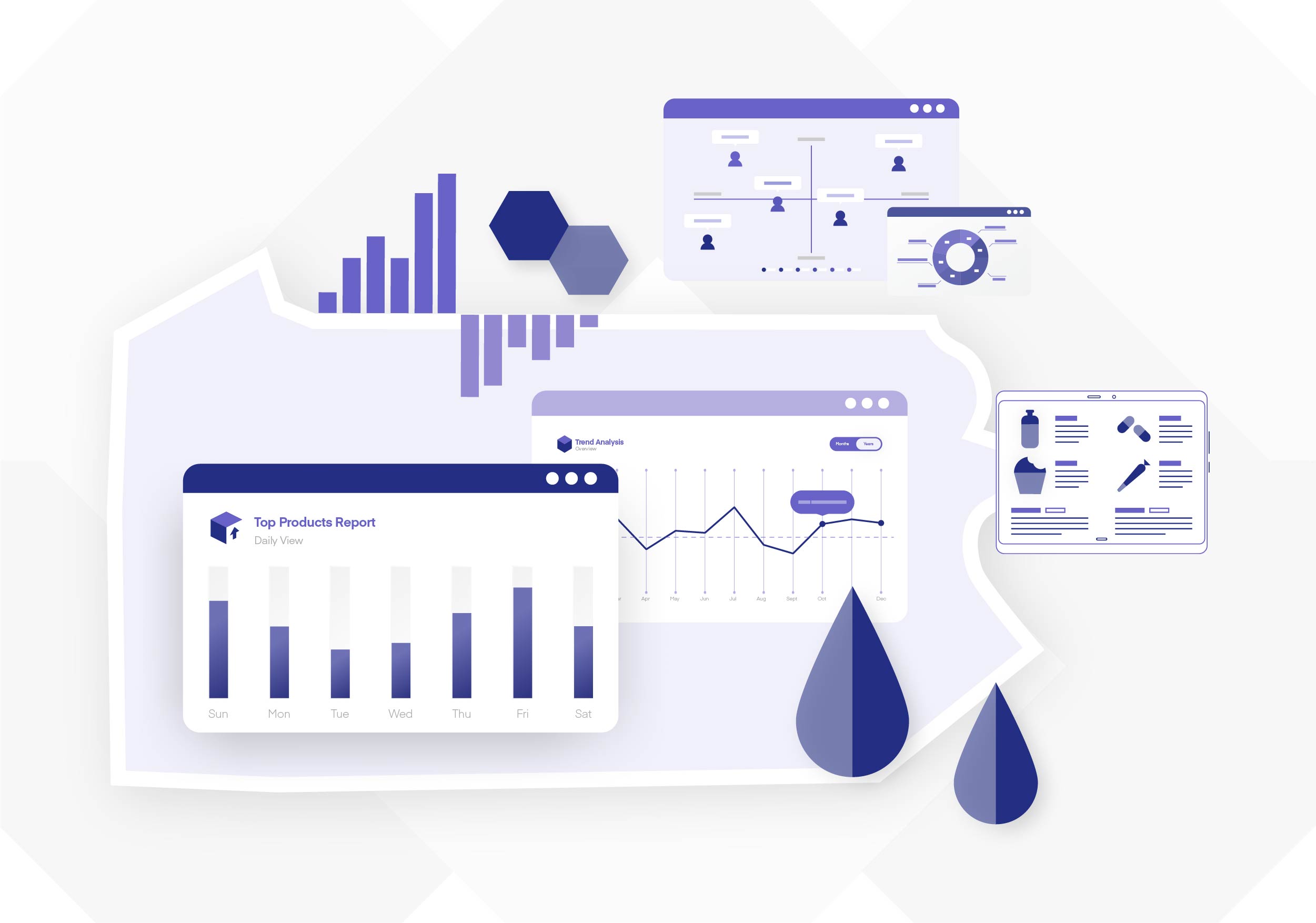 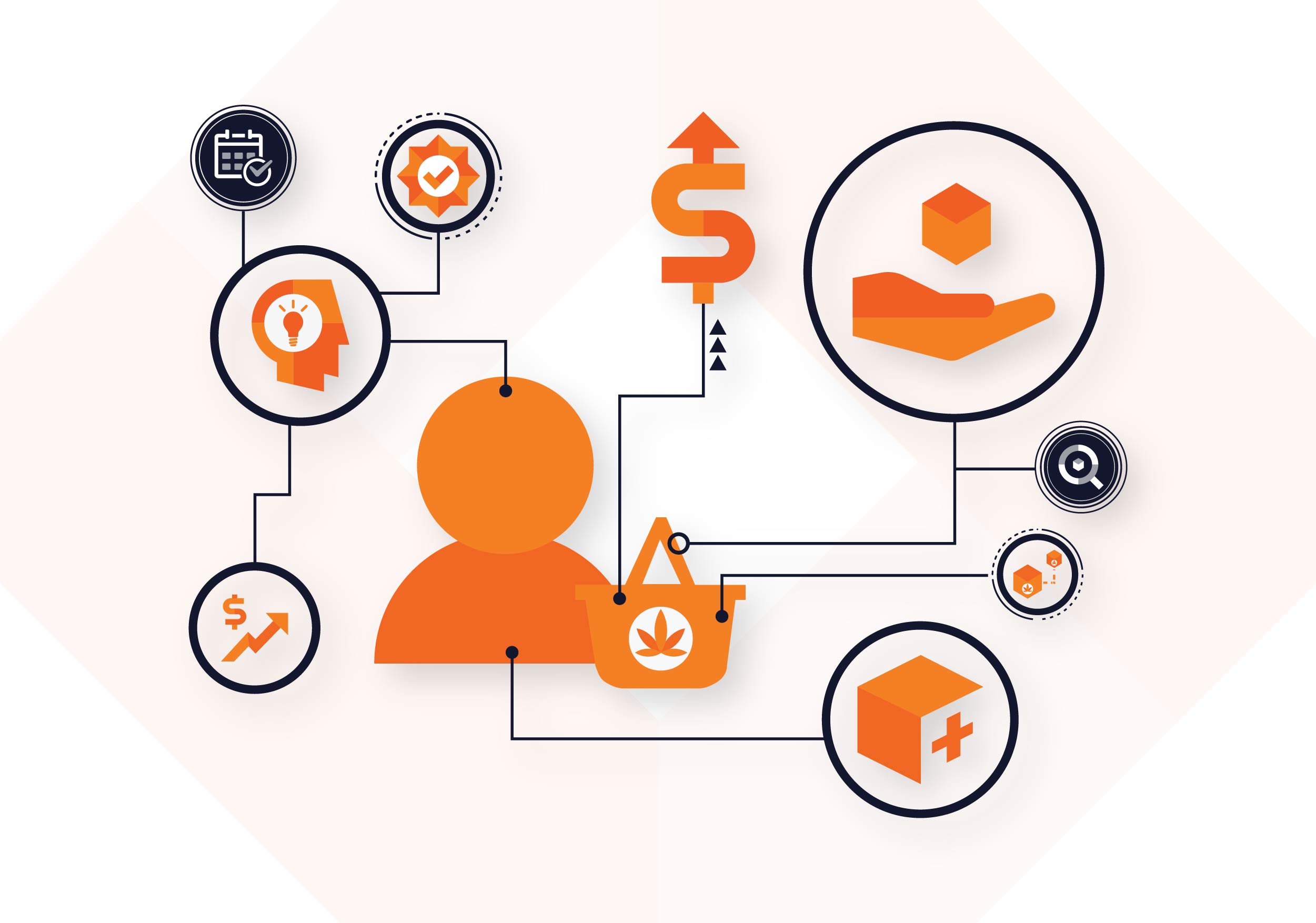 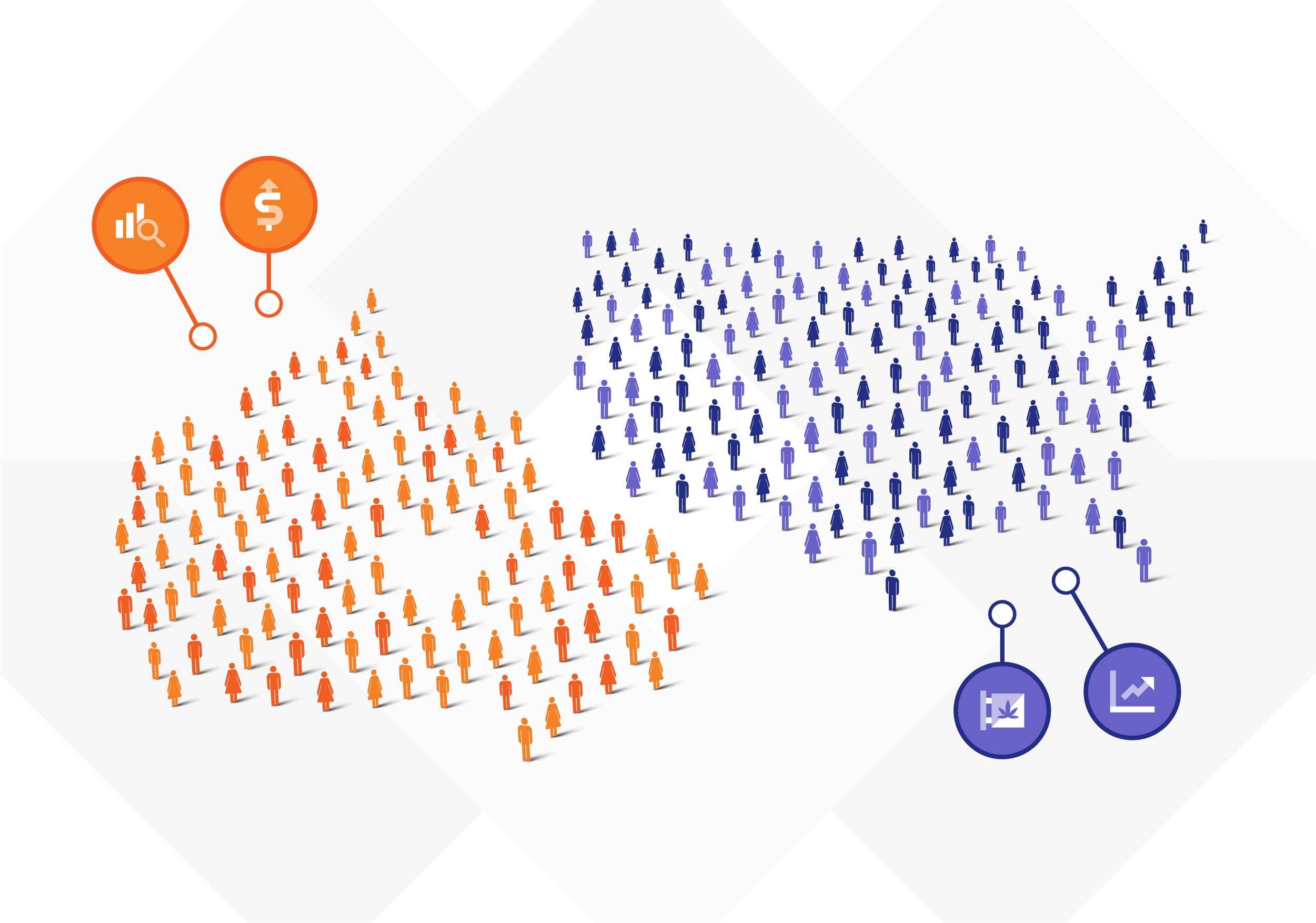