Every Gram Has Its Price: A Look at Pricing Trends in the Cannabis Industry

This report provides information on current pricing trends in the cannabis industry. It covers overall price trends, with more detailed breakdowns based on categories, geographic locations, and demographics. It also offers breakdowns of price trends over time. The information provided here is based off Washington State sales data collected by Headset, and will provide you with a snapshot of price trends from one of the country’s longest-running legal cannabis markets.

When it comes to cannabis, price matters. Whether it’s measuring the per gram price of legal cannabis against black market benchmarks, or examining the effect of economies of scale, the cost of cannabis is a hot topic. As expected, prices have dropped steadily in the legal cannabis market, especially as regulations have evolved to allow cannabusinesses to operate more effectively and truly take advantage of scale.

While constantly dropping prices may seem like a cause for concern for some in the cannabis industry, that’s not necessarily the case. In order to outcompete illicit markets, the legal market has to undersell them. Currently, that process is still underway, and the more progress made towards that goal, the more cannabis consumers are converted to legal markets. To some extent, increased volume makes up for lowered prices.

However, understanding price pressure within the current consumer base for legal cannabis is also vitally important, and this report breaks down pricing trends in a variety of helpful ways. Among the different product categories, for example, all segments except flower have experienced an overall price decline in the past two years. This isn’t what might be expected, as flower is the most commonly purchased category, but this could be explained by earlier price drops for flower products, or initially higher prices for categories that faced less direct competition from illicit markets.

Broken down by gender, price sensitivity appears to be highest in women and among older consumers, although women tend to outspend men on edibles. Geographic price data is also interesting, as it suggests some price sensitivity based on a store’s location — rural, urban, or somewhere in between. However, geographic data on markups shows that while some stores hit lower price points overall, that doesn’t mean they’ve lowered their markup very much. The majority of average markups by store fell within a relatively small range.

This report also offers some interesting data on consumer stratification, with our pricing data for the high and low end of the market suggesting that the market is actually beginning to have a well-defined high and low end. Most importantly, the data suggest that consumers on those ends of the spectrum behave differently in terms of price sensitivity.

The data in this report offers solid, actionable information on consumer price tolerances and industry price standards, and will allow industry professionals from any area to tailor their offerings accordingly. Pricing trends have much to tell the industry, both about how well it’s succeeding at its broader mission of supplanting the black market, and about how best to serve its existing consumers.

Data for this report comes from real-time sales reporting by participating Washington State cannabis retailers via their point-of-sale systems, which are linked up with Headset’s business analytics software. The report below uses data for sales in the state of Washington. That data is cross-referenced with our catalog of over 0,000 products to provide detailed information on market trends. Unless otherwise noted the month in consideration is February 2017. Unless otherwise noted products without a size attribute in our database were excluded for analysis and infographics based on weight.

As was widely predicted, prices have steadily declined over time. Since 2015, average item price has dropped nearly $15, while the percentage of items priced under $10 has risen about 20%. The trend has slowed in recent months, but every month besides December in 2016 had a lower average item price than the previous month. December stayed stable at $15.30, up very slightly over November’s average of $15.22. That range seems to be something of a plateau, as average prices in 2017 have remained between $15.20 and $15.30.

Much of the price drop can be traced to the rapid introduction of new products at lower price points. Clearly, given the higher percentage over time of products priced below $10, suppliers are introducing new products at low price points. Indeed, many successful brands have launched economy brands after their initial success, hoping to capitalize on the bargain market. For example, Seattle area cannabis processor botanica SEATTLE, after establishing their SPOT line of edibles in the Washington market, launched Journeyman, a brand specifically aimed at consumers on a budget.

The sharpest growth in price point product offerings was in the first half of 2015, when they went from a little under 10% of the total market to over 20%, but they’ve grown steadily since. Over 25% of products available starting mid-2016 were in the under $10 range, creeping up toward 30% towards the end of Q1 2017.

Looking more granularly at item price, we can see that the largest percentage of products sold in February of 2017 were priced between $5 and $10, making up about 20% of total sales. The vast majority of items were priced below $40.

The decline in average item price is seen in almost all categories with the exception of Flower (which saw a modest gain in prices) and Topicals (which experienced a rapid increase in prices between Feb ‘16 and Aug ‘16). This could be due to the popularity of Topicals among later adopters of legal cannabis, specifically older consumers who use them for aches and pains. Flower is and always has been universally popular, and would thus be most likely to see price stability before other categories

While all categories have a wide range of prices across the various items the distribution of prices varies greatly by category. Pre-rolls, a popular budget purchase, see almost 90% of their unit sales being concentrated among products that cost under $10. On the other hand, specialty items like Vapor Pens and Topicals have very few of their unit sales on the low end of the price scale.

Similarly, a steadily falling overall average item price translates to lower item prices within the categories. This is true for all categories except Topicals, with slight to significant declines occurring over the course of the past two years. Topicals, possibly for the reasons discussed above, saw prices surge 30% over that same period.

As noted from the previous chart, new items are rapidly being added to the market place and having a substantial effect on price. In many categories we see lower average prices per unit being directly linked to an influx of new products. In categories like Concentrates, Flower, and Pre-roll, new products are helping to decrease the average price per unit and are making products in those categories more affordable, likely in response to consumer demand.

While some stores are always pricier, some seem to vary their pricing noticeably by category. This might reflect their use of “loss leader” specials. For consumers looking to save by shopping around, these variances might be the most eye-catching. Essentially, price conscious consumers stand to save the most by looking for specials, rather than by driving out to the sticks. For retailers looking to draw in new customers, this means that offering and advertising specials that beat the average on popular categories could be a great way to tap into new customers.

The graph above shows that, in the aggregate, stores tend to markup their products between 90 to 110%. However, our data also shows that the markups can vary dramatically at the individual product level. Some items cost over twice as much at some stores vs. the average store. Again, this emphasizes that price differences between individual stores can play a huge role in attracting or retaining price-sensitive customers.

Men generally spend more per gram than women, except in older age groups, where that trend is slightly reversed. Across genders, those in the 25-35 age group spend the most per gram.

This trend is not consistent across categories. For example, the graph below shows the average price per mg THC for Edible purchases. Here we see women generally purchasing products that cost substantially more per mg than men.

The opposite is true for Pre-Roll where we see men always outspending women on price per gram.

Though price pressure has clearly had an effect on the industry over the past two years, our data shows that effect tapering off recently. It is too early to say whether the downward trend of cannabis prices has reached its nadir, but it isn’t unreasonable to expect price stability to come soon. For markets that are younger than Washington State, the data in this report can offer a loose timeline for price fluctuation after legalization.

In Washington, one of the earliest complaints among legal cannabis consumers was that prices were exorbitant, which wasn’t entirely unfounded. The initial supply was woefully inadequate to meet the demand of a consumer base excited to purchase some of the nation’s first legal cannabis, and consumers were paying well over $25 for a single gram. However, as producers and processors have increased production, and retailers have fought for lower pricing to compete with their unregulated counterparts, prices have clearly come under control. This is exactly what experts predicted for the cannabis economy, and our data confirms those predictions.

Going forward, we can expect to see average prices stabilize even further, which means that special discounts and promotions will start to carry some actual weight, as they’ll have a real baseline price to compare themselves to.

Conclusions and Predictions Continued…Obviously, smart entrepreneurs will consider the various factors that our data show having an effect on price. Location, customer demographics, and category trends are all important things to factor into pricing. Clearly men—who have always been enthusiastic early adopters of legal cannabis—are still willing to spend more in most categories. That could certainly change as cannabis becomes more and more mainstream, and more women begin to realize its benefits.

Volume-wise, lower priced products will probably continue to reign supreme. It’s not unreasonable to assume that if consumers are currently accustomed to $5-10 pre-rolls, they will continue to expect pre-rolls to cost less than $10. The category data in this report gives us an early look at where consumer price expectations might land, and what price points we can expect to see set in stone. Smart cannabis entrepreneurs will use this data to set prices that aren’t out of touch with the industry as a whole, and best reflect their location and customer base.

Overall, it’s clear that the cannabis industry is growing into a real industry, one very much affected by traditional economic principles like economy of scale. Though much of the cannabis market remains illicit in the United States, and that sticky situation still has an outsize effect on how cannabis is priced, the trends in legal states like Washington show that legalization is making inroads against that. We’re excited to see where prices go in the next year as the nation’s legal cannabis market continues to expand!

Headset is market data and business intelligence for the cannabis industry. Our extensive Industry Report deep-dives into specific brands to help businesses better monitor the competitive landscape and perform exhaustive category analysis. Reports are generated via aggregate, real-time transaction data to get a unique and thorough analysis of what’s happening in the Washington market. 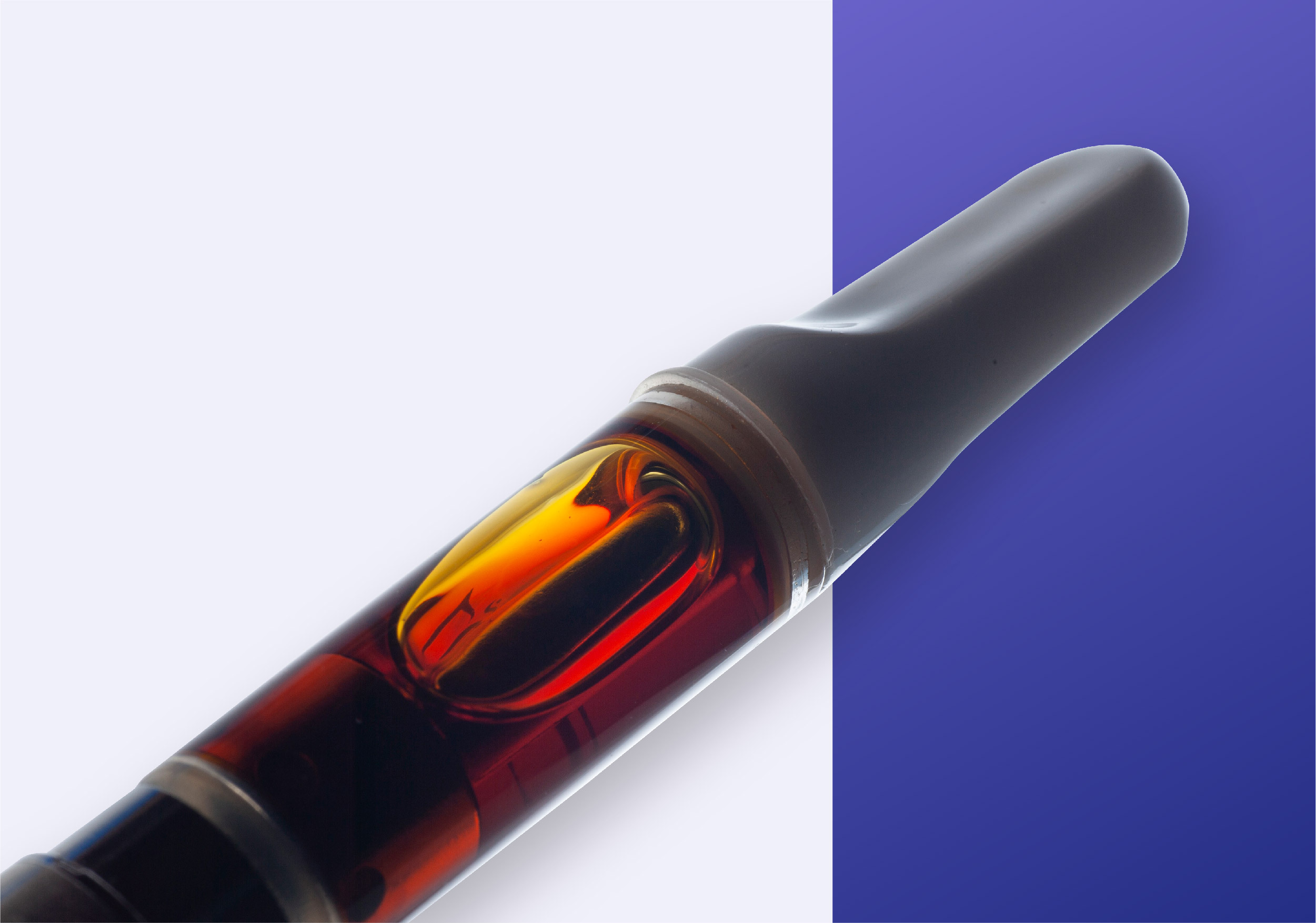 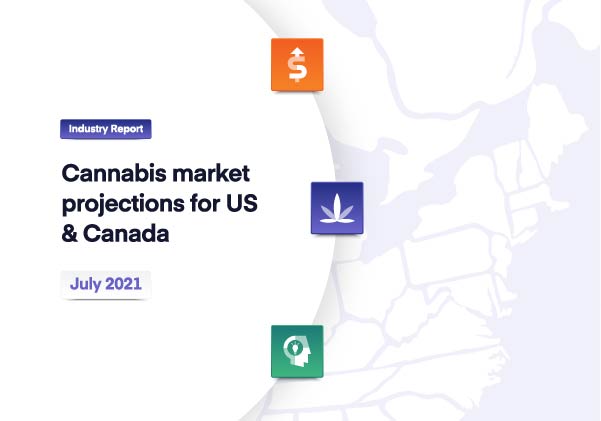 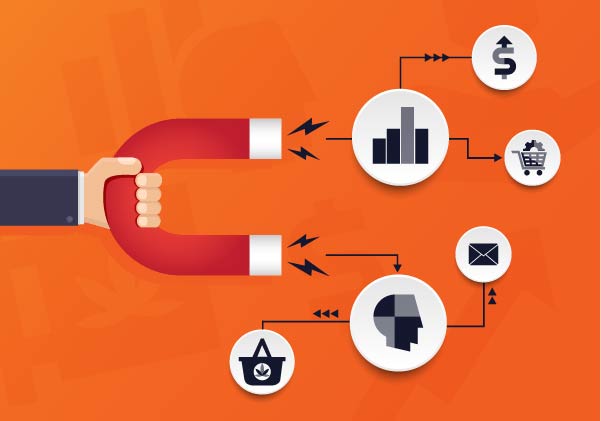